Intruders came on Friday, under the cover of darkness, and forced the lock on the main gates. 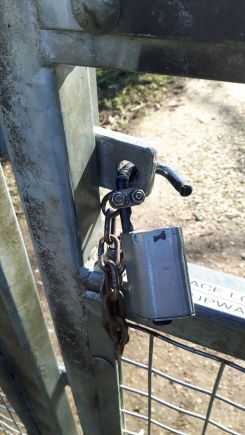 They must have been on site a while because only a few plots escaped their attention.  Plots on our snicket were raided – all the ones with sheds… Except ours. We know this because they left the gates open, but ours was still neatly closed and double bolted as we had left it. They cut the lock on P’s metal shed and bent the door to open it. L had her shed raided too; neither had anything stolen.

We’re not sure why they didn’t bother with our plot. I have a wild theory about it, and it involves L’s shed: we’re the last plot in our row and they were pretty thorough with all the others. It turns out, ever mistrustful of break-ins, L boobytraps her shed! She has tripwires – nothing that can be accused of being purposeful, it’s just how she stores her wire. She’s messy and it happens to straggle across the entrance of her shed for any unexpected visitor to trip over. To compliment it, there’s a nice pile of hard objects for said unexpected visitor to tumble into. I suspect that whoever broke in may have encountered more than they bargained for on her plot and decided to make a hasty retreat! And it’s a good job too, because I accidentally left my backpack and camera in our shed. When I heard the news that the plots had been burgled I thought bag and camera would be gone. We got off very lightly indeed.

I’m also beginning to suspect that L has started boobytrapping the snicket too, as I walked into this on Saturday: 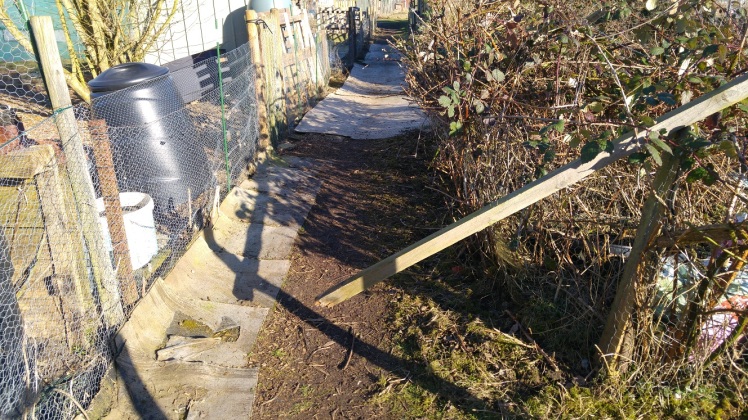 Still, if it keeps intruders away…

In other news, we now have a working water butt after Rob fitted guttering to the shed. It didn’t go quite according to plan, but after a few adjustments it all works fine. 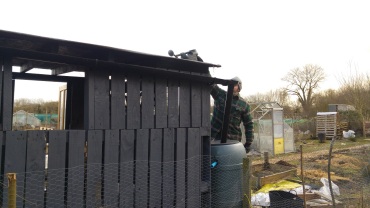 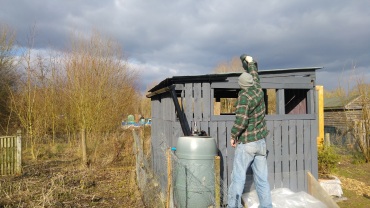 As I mentioned above, I left my camera at the plot. We’ve been trying to capture the rabbit on film so we can find out where the blighter is getting in. It was facing the wrong direction and switched off at the time of the robbery, so I’ve no evidence for the police. I’d make a rubbish private investigator. 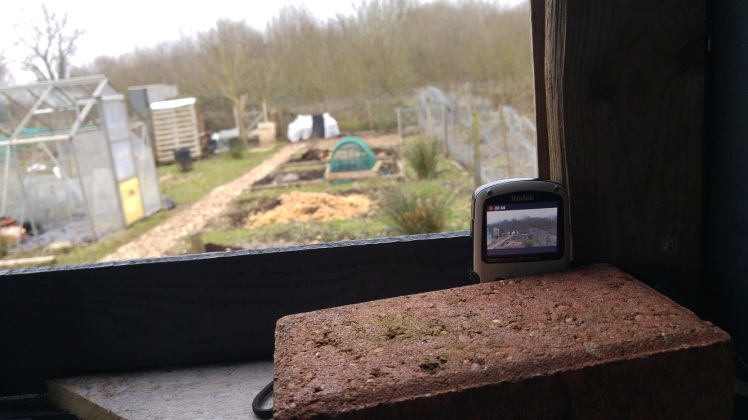 Recent footage, however, did show a rabbit climbing over the pallet fence that forms part of the compost bin complex at the rear of the plot. The rabbit had previously left a trail of evidence to show it’s been enjoying our hospitality: 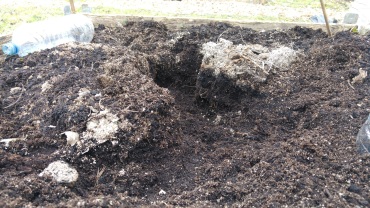 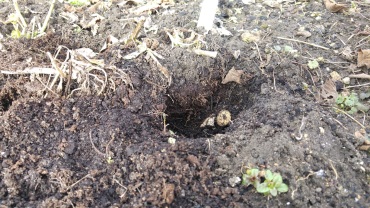 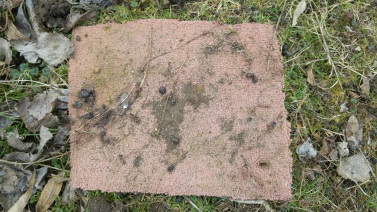 Our most pressing job, therefore, is to make the section of fence in question too difficult for four-legged furry critters to climb.

This weather has halted work on the area where the raised asparagus bed will go. I’ve started to dig over and remove as many of the perennial weeds as I can, but it’s a long, slow process.

Just before this cold spell hit, my sweet peas started to sprout so I’ve added bubblewrap and plastic sheeting to the cold frame to protect them until the thaw comes. The allotment thermometer recorded -14C last night, and it’s due to be even colder tonight. 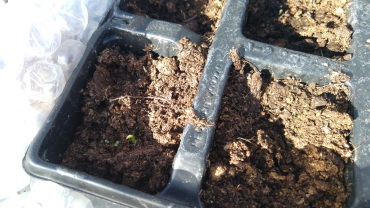 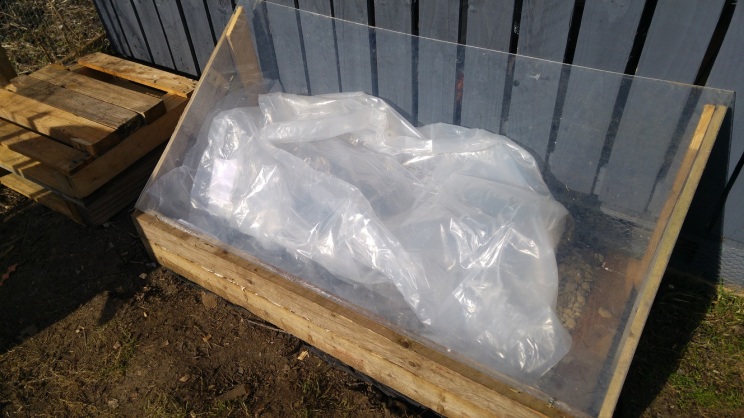 14 thoughts on “Break-ins, Boobytraps, and Other News from the Plot”