Rob and Valonia live with their cat Lolly on a barge on the River Thames in Oxfordshire. They took on their plot in March 2017 after it had been abandoned for a number of years. The plot has a history of flooding, but they figured they were used to that sort of thing what with living on a boat. The allotment is primarily heavy clay and it is overrun with thistles, bindweed, nettles and rabbits. This blog will record Rob and Valonia’s adventures as they learn to grow their own produce and attempt to turn this land into something productive. Valonia hopes it will also be a tonic to her anxiety disorder, although she has discovered that being a newbie plot owner has its fair share of anxiety rich moments! 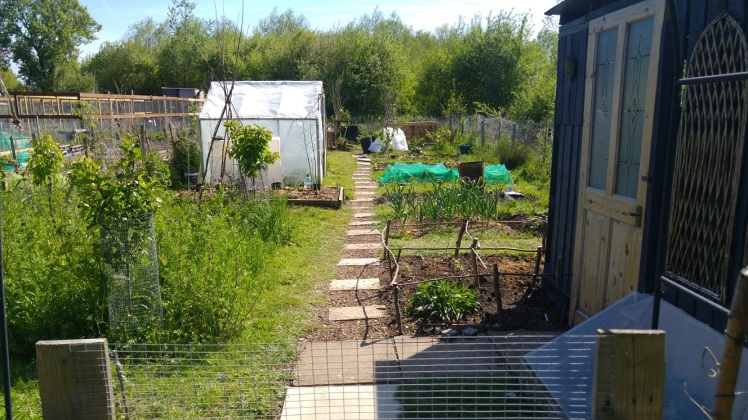 The Boaters’ Garden used to be a little oasis of calm on the banks of the Thames where boaters could stop for a lettuce or tomato or two, but the Thames is a wily old fellow and takes what he wants. Now the garden is private and Valonia mainly gardens in pots so she can move everything to higher ground before the Thames gets his watery fingers on them. The Boaters’ Garden became the Boater’s Garden after it was destroyed by a flood in 2007.

The old Boaters’ Garden, and the flood that destroyed it, 2007: 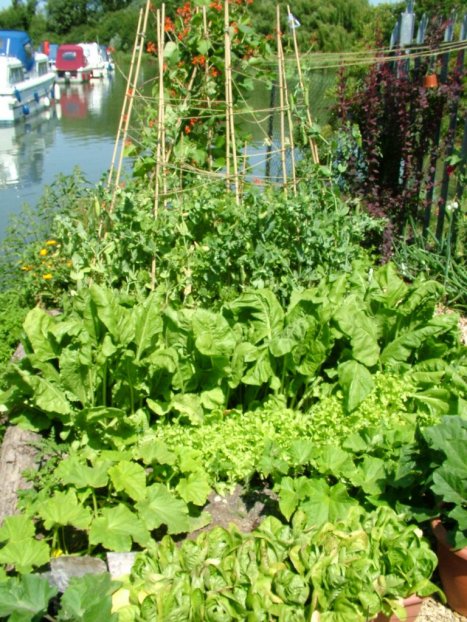 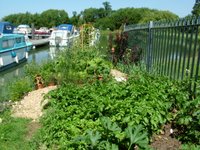 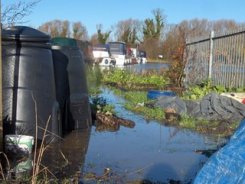 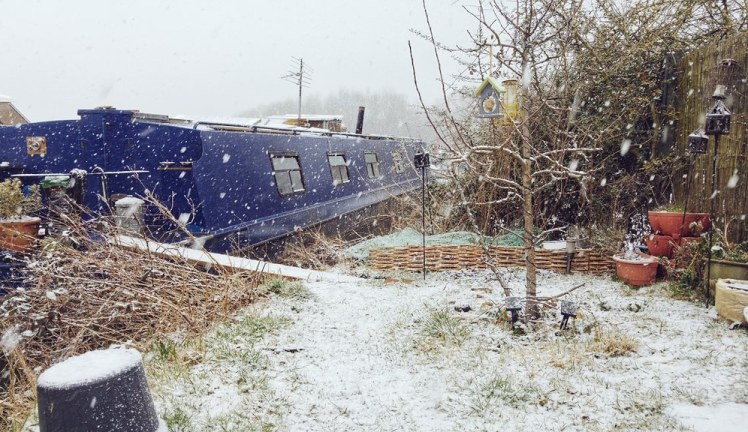 My kind of December weather. Watching the mist roll in from the other side.
So much cuteness. So much chaos. 😻😻
Introducing Pyewacket and Grimalkin, the newest additions to our boat family. 😻😻
Good morning, Tim. ❤️
Galley update: just need to tap in the pins and fill the holes, but the oak trim has saved me (phew!). Rob's so much in the DIY zone that he's now tackling the skirting he started eight years ago.
Today's really bad duck video comes with added geese... And me. Sorry.