It’s been a busy week on the plot. Rob assembled the new greenhouse and I patched the fences where the bunnies snuck in. I helped Rob with greenhouse assembly where I could by propping things up and/or being too short to hold the roof frame at the required height. I mainly just got in the way. It turned out pallet towers were more useful than me.

So I returned to perimeter work. It was a bigger task than I expected with at least 13 bunny sized breaches. I’ve patched them with chicken wire and tent pegs and I was so chuffed with my endeavors that I told L about them. She let me know that the rabbits just dig under the fences. We may need to up our game…

So the area where the tent greenhouse was now looks like this:

I planted some sweet pea seeds in a little trench beside the wood storage. I thought they’d look nice growing up the side of the pallet. That was on Friday and when I watched Gardeners’ World that evening Monty Don made a point of telling us that it’s now too late to sow sweet peas. Oops?

These last few days has seen a surge in plant growth on the plot. The Maris Peers and King Edward potatoes are all sprouting, as are some Jerusalem artichokes. At least I think they’re artichokes. I’ve never actually seen one before so I may be tending weeds instead. The onions are also showing signs of progress. 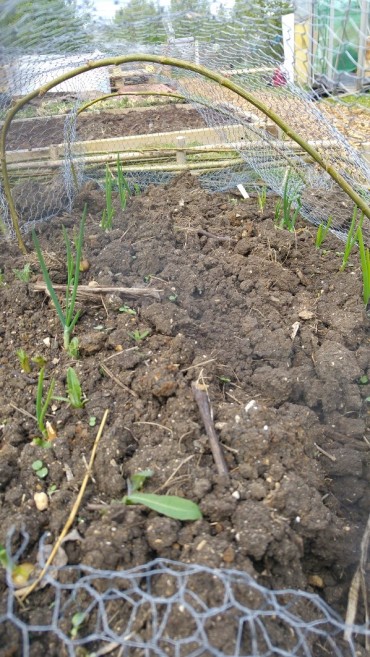 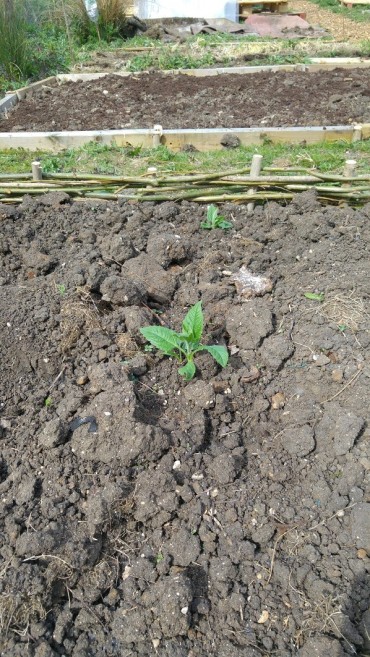 We’re in the middle of a cold spell at the moment and frost is predicted for the next few nights. I’ve banked up the potatoes with earth and covered the beds with fleece and bubble wrap to offer some protection. 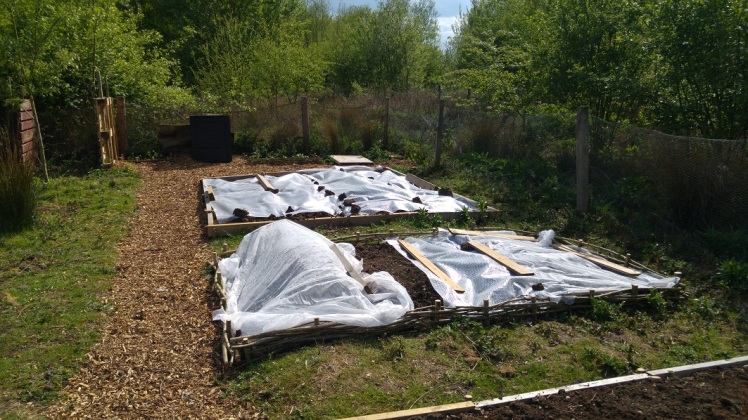 I made some little cloches out of old plastic bottles and at one point the artichokes looked like an advertisement for our local brewery. 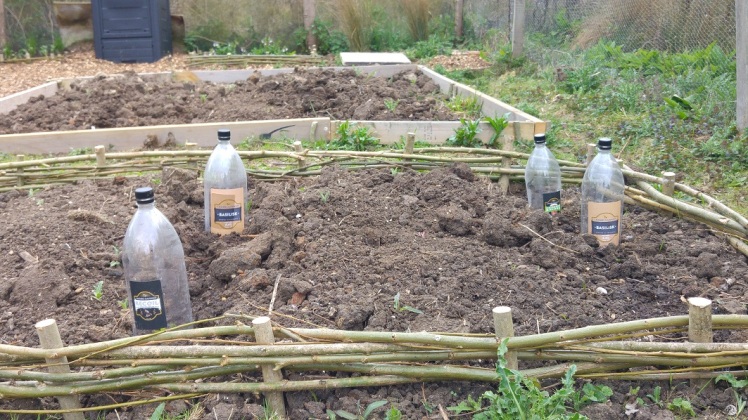 Upon closer inspection I realised that in some bottles I was just keeping thistles warm so I swapped the bottles for a fleece for fear of leaving any potential artichokes exposed whilst protecting weeds instead.

I had an extra pair of hands to help me on the plot one afternoon last week. It was before the weather changed and the plot was hot and sunny. Mum L planted a host of seeds for me including cabbage, courgette, hollyhocks, delphiniums and calendula whilst I started work on bed number 4.

I’ve wrapped the seed trays in plastic to try and keep some warmth in them until the weather picks up again.

Remember the toad living under one of our carpeted areas? Well, I’ve had to rehome him in order to dig the new bed. I actually found two toads and a mouse when I pulled up the carpet. The youngest and smallest toad is now in L’s plot in the plants beside her little pond, and our original toad has been relocated to the edge of the other carpet pile. 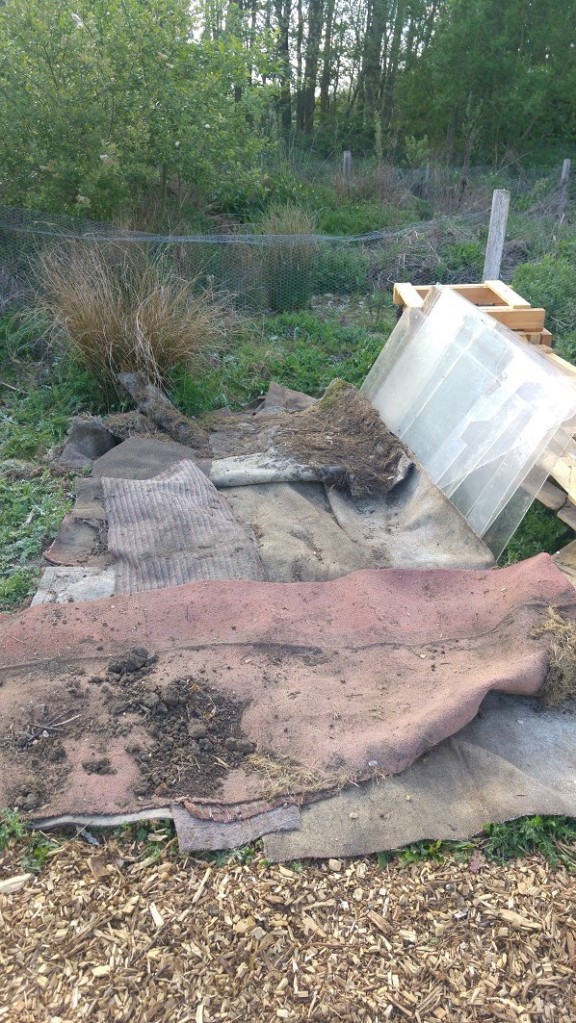 We hope to someday build a little pond of our own to provide him with a more suitable environment, but until then a pile of old carpets will have to suffice.

The mouse ran away of his own accord.

My kind of December weather. Watching the mist roll in from the other side.
So much cuteness. So much chaos. 😻😻
Introducing Pyewacket and Grimalkin, the newest additions to our boat family. 😻😻
Good morning, Tim. ❤️
Galley update: just need to tap in the pins and fill the holes, but the oak trim has saved me (phew!). Rob's so much in the DIY zone that he's now tackling the skirting he started eight years ago.
Today's really bad duck video comes with added geese... And me. Sorry.