I drew the line in the sand today – except I didn’t because we don’t have sand and the clay is so hard there’s currently no drawing anything in it. What I actually did was yell, “JUST BUGGER OFF WILL YOU,” across the abandoned plots beside us, and, because my inner charm was flowing, “OR COME AT US IF YOU THINK YOU’RE HARD ENOUGH!” The latter, of course, I didn’t mean because a) I’m a softie, and b) I’d rather they, in fact, didn’t come at us at all. I knew they were out there though, listening, biding their time, planning their next attack, laughing at us behind our backs… I’m not entirely sure rabbits actually laugh, but I’m beginning to suspect they might. Maybe they were just snuffling. Yes, they were snuffling at us behind our backs. Possibly one or two was also suffering anaphylactic shock.

Why? Because they ate our onions. 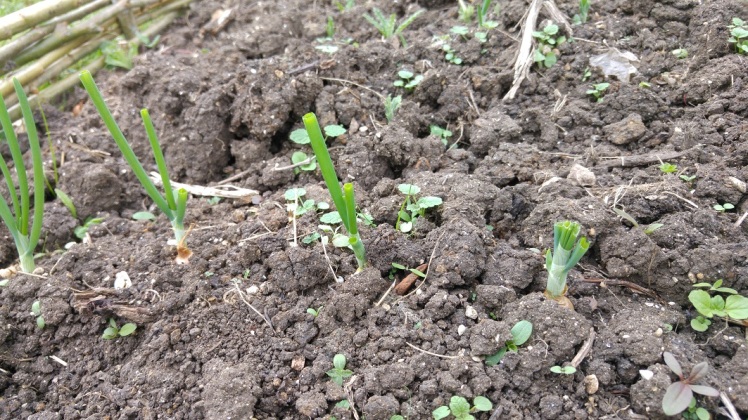 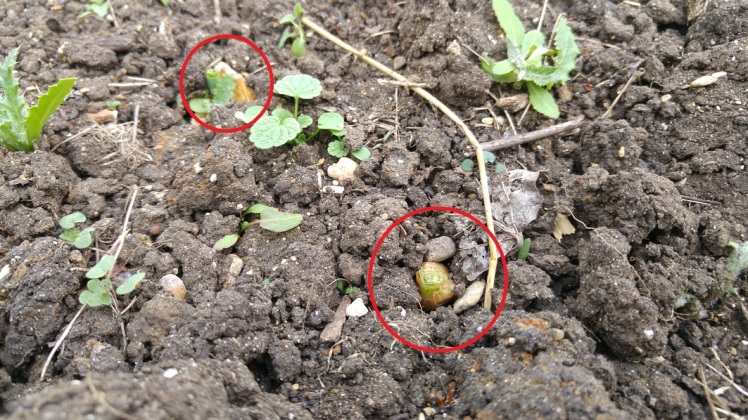 We thought we had out-smarted them, but no, they’re cleverer than us. I patched up the holes in the fence with chicken wire and they pushed their way underneath. So we weighed the bottom edges of the new panels with wood. 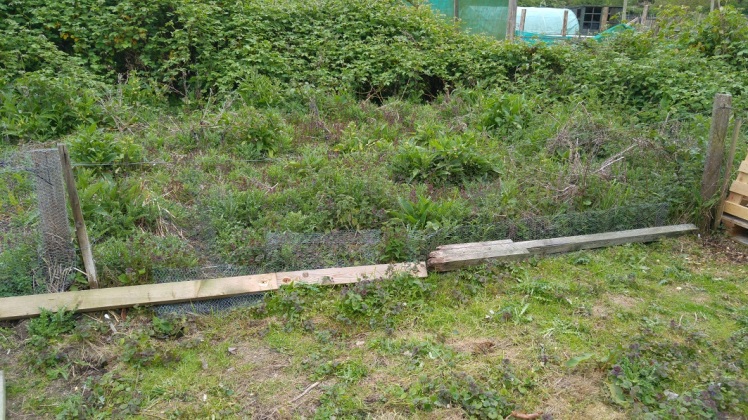 But still they got in. I found a hole in the fence behind the woodshed that I’d obviously missed so I stuffed it with netting and brambles and blocked it up. Rabbit proofed at last. We tested this theory by leaving some leftover tasty looking seedlings out as bait: 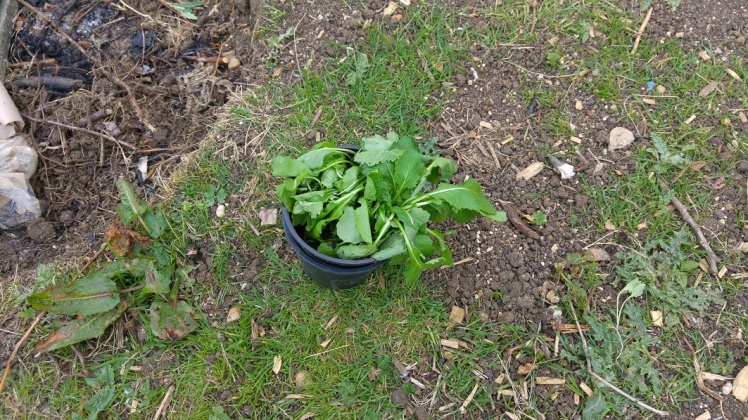 We were pretty certain they’d be left uneaten all night and the rabbits would be forced to look longingly at them from the other side of the perimeter fence. 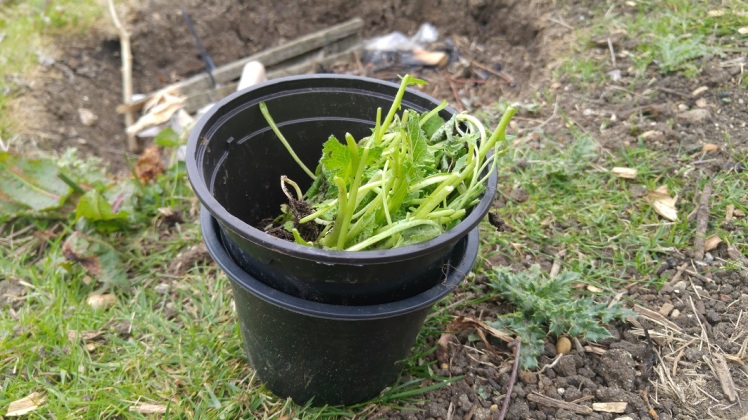 Nope. The buggers still got in. But how? How could they be sneaking in? I found another hole beside the woodshed I must’ve missed. I dutifully blocked it … And then we discovered this: 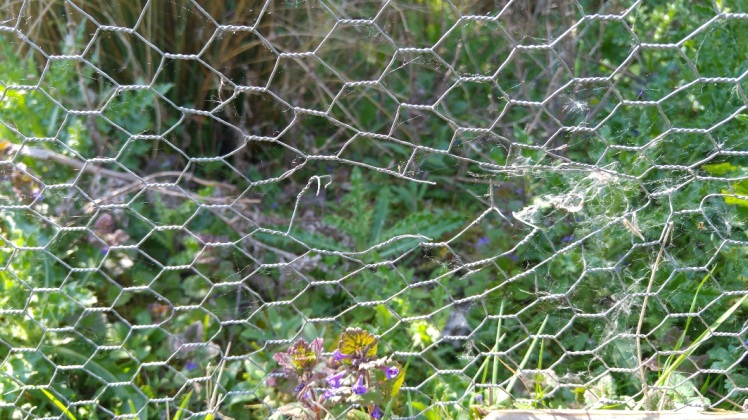 That’s not just any old hole, that’s the start of a new hole. I know this because it’s beside one of the sites we’ve already blocked off and it wasn’t there when we put the wood down two days ago.

So, it seems, when we block off one route into the plot, they start making a new one. All those holes I thought I’d missed I now suspect are new incursions. In movie terms we’re in The Winchester using only a hatstand and some chairs to barricade ourselves against zombie attack. We know they’re going to get in and kill us eventually. Is that an analogy too far? Probably but it does feels like we’re drowning in bunnies. A simile too far? I agree. I think it’d be quite cute though. Wait, that’d still be death by bunnies. I retract it… And I’m going off topic…

We’re now having to devise a new approach that involves protecting our plants and beds as well as the fence. It’s not ideal, and we’ll need a better solution long term, but until then: 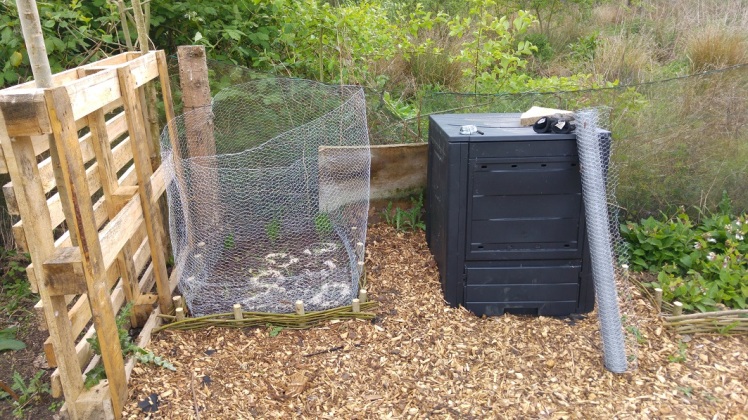 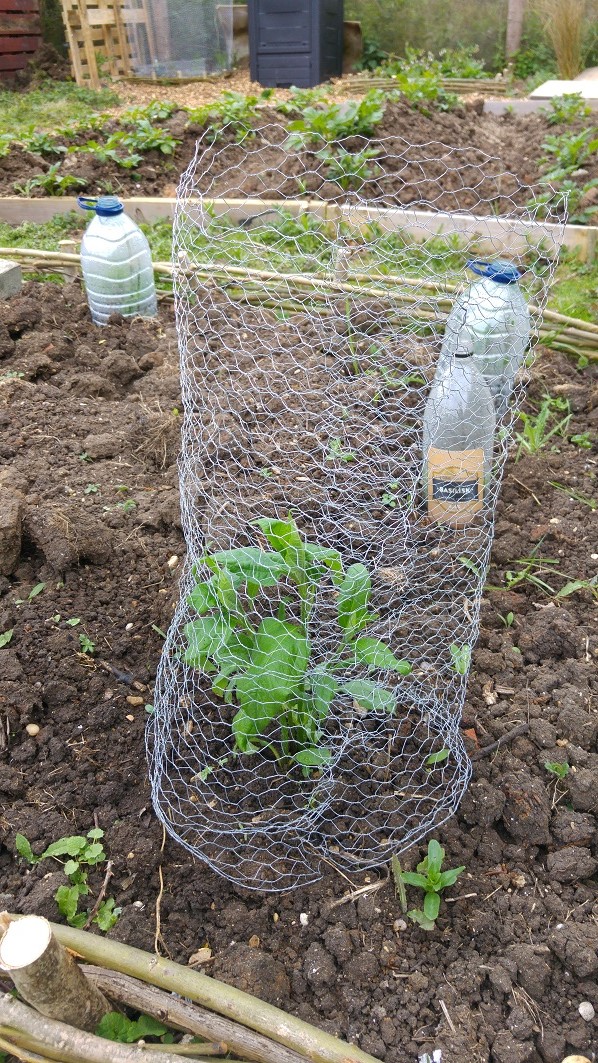 We’ll do regular checks of the perimeter and block any new holes as we spot them. We’ll also make a sacrificial bed of salad greens that we’ll leave exposed. If they remain uneaten, we’ll know we’re winning this war…

Incidentally, if anything sinister does happens to us whilst we’re on the plot, it was probably the rabbits… 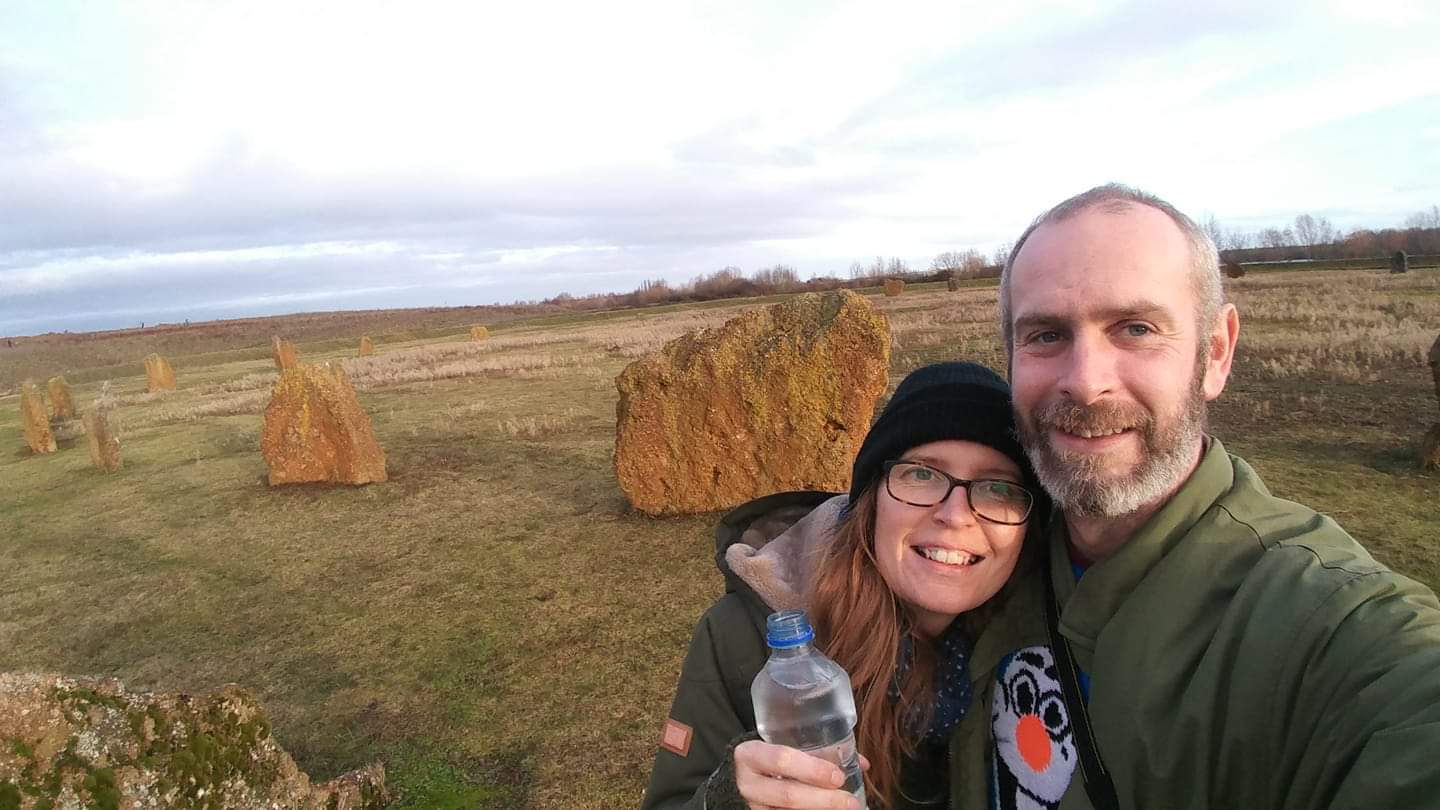 Galley update: Rob is doing actual work whilst I pretend I'm a Top Gun landing signals officer guiding ducks in to land on the USS Gabble Ratchet. Important stuff...
Galley update: made more of a mess, broke another sander, danced to Arctic Monkeys, denied all knowledge of "The Tile Incident"... 😂
Somebody, who cannot be named for legal reasons, did indeed order the wrong sized tiles, but in her defense, she is numerically dyslexic... 🙉
Galley update: made even more of a mess, burnt out a sander, rewired a plug, danced to Fleetwood Mac, possibly ordered the wrong size tiles... 👀
This morning removing the old manky brown galley tiles and prepping for new ones seemed like a good idea, but now I'm beginning to regret it. Rob did try reminding me that I hate decorating, but would I listen? No. It'll be fine, I told him, and he probably laughed his entire way to work. Now it's just mardy-arsed me and a boat filled with dust. 😂
Delicate maneuvers. The most difficult part of every journey is navigating past the sand bank and the small boats whilst getting around the bend to reach our mooring.